Introduction
​
Road to Shinigami is an RPG Tibia server based on the anime Bleach. As the administration, we have tried to study the current needs of players to adapt the gameplay to all sorts of requirements from the lowest levels. We have been on the market for several years now and we always try to make our server as best as possible. In the presentation below we want to show you the most important elements of gameplay. We want to introduce you to a project in which we have invested a lot of work and heart. We believe that you will like it and appreciate all the work we have put into creating Road to Shinigami.

The owner, technician, and originator of the server is Rafaeru.
The people responsible for fine-tuning the gameplay are mainly the players of our server, long-time Tibia veterans as well as friends.
In addition, we cooperate with graphic designers, mappers, and scriptwriters known from other servers.

A huge priority for us was the smoothness of the gameplay.
On Road to Shinigami, as of this season, there will be an option to play on OTClient which runs much smoother than the old client.
Unfortunately, it is still in the testing phase which is why the old client is still supported.

An important part of the gameplay is gaining experience [EXP]. In Road to Shinigami, leveling up will be much easier by using various boosts in the form of a bonus from Guilds, character talents, or special cards that can be obtained from bosses.
Each player, after reaching level 800, automatically begins to gain Soul Levels known from other servers as "Reborn" while unlocking the character talent system, new locations, missions, skills, and items. Soul levels are gained much slower than the regular ones and thanks to this we move to the late game in which our equipment, skills, and game skills count more.

In Road to Shinigami, we can take on the role of one of 16 playable characters from the Bleach universe. The characters are divided into two types:

Fighters - specializing in melee combat, these characters have more health, deal more physical damage and their items give them a bonus to their movement speed. 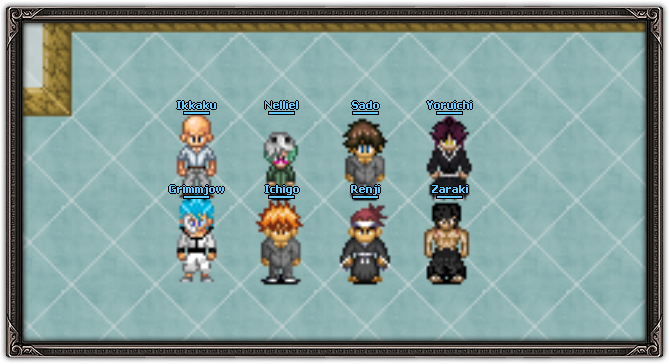 Reiatsu Casters - they are specialized in ranged combat and deal more damage from spells and their items give them a bonus to spellcasting speed. 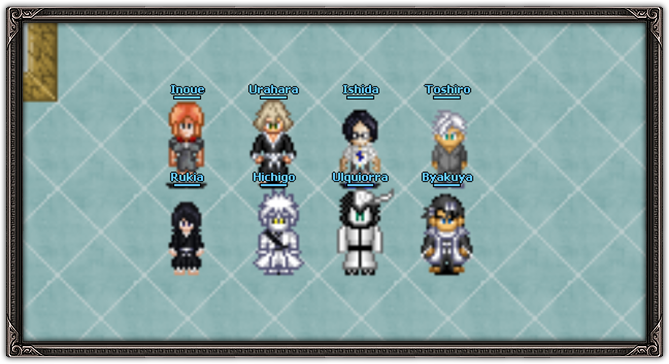 In addition, each character has two unique special skills and a passive skill.
You can read more about the characters:
You do not have permission to view link please Log in or Register

On the server, the formulas for our character skills have been reworked and not all of them can be acquired through character training, some are available only after putting on the right items.

In the beginning, each player will receive starter items from a crate in depo. In Road to Shinigami, character weapons expand as your character progresses, so under any circumstances DO NOT THROW THEM AWAY, because they will stay with you until the end of the game! It's also worth getting a band to skill Attack Speed. During our adventure, an interactive map can be useful, thanks to which finding monsters or NPCs will be much easier. 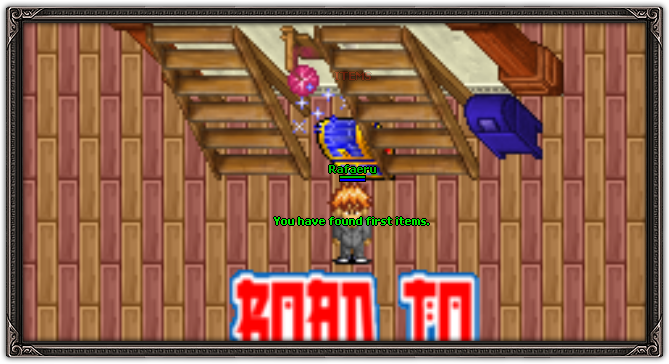 As early as level 10, we can choose an additional specialization for our character depending on what type of character we play.
Specialization gives us additional unique skills and an experience bonus when we are in a group with members who have other specializations.
The experience bonus is as follows: 10%, 20%, and 40% for 2, 3, and 4 unique specialties in our team.
A fighter can choose between a Tank and a Warrior
A reiatsu Caster can choose between a Supporter and a Caster
Tank - receives skills to provoke opponents and withstand them longer in battle at the cost of dealing less damage, in addition, our defensive skill provides us bonus health.
Warrior - receives offensive skills to eliminate enemies quickly, these skills deal reduced damage in PvP, in addition, we've got a buffing skill that provides increased damage from auto attacks for the whole team.
Supporter - receives skills that heal our team members.
Caster - receives offensive skills that allow us to eliminate enemies from a distance, these skills deal reduced damage in PvP, in addition, we get a buffing skill that provides increased spell damage for the whole team.

There is a unique weapon system in Road to Shinigami. Our initial weapon stays with us until the end of the game and we strengthen it along with our character by filling it with the souls of our enemies. As our weapon level increases, its stats increase and we unlock a special passive skill that is unique to each character.

After reaching a certain level of our weapon [Kami], if we want to upgrade our weapon we need to obtain Kami Balls. They are created by fusing 50.000 souls gathered from our enemies and they are also a very important resource buy late game items such as Kami Shield or get special Soul Bless.

Soul Artifacts are items that permanently strengthen our character, the chance of acquiring them is low but they give us powerful passive bonuses.
Currently, there are 5 such artifacts on the server:

Soul Toolbox - increases the chance of a passive skill from a weapon by 5%
Can be obtained from Guild Bosses above level 10.

Bag with Comfortable Cloths - increases chances of avoiding damage by 5%, it stacks with Dodge talent.
Can be obtained from Bosses at level 250.

Blue Hollow-Demon Doll - increases the player's resistance to monster damage by 10%.
Can be obtained from Bosses at level 500.

Soul Void Stone - increases a player's resistance to player damage by 8%.
Can be obtained from Void Dungeon at level 800.

Complete Black Matter - increases the player's maximum health by 500,000.
Can be obtained from a quest in Silbern on Soul Level 250.

The system of creating items on the server is an important part of the game. We can get the basic items from Bosses and from Dungeons while the upgrades of these items are done by crafting appropriate mirrors which we use for upgrading. In addition, we can create keys, rings, food, and bonus cards.

Guilds provide passive bonuses for all members and give the opportunity to kill a special Boss once a day. Experience to gain higher levels of a guild is gained by its members when they perform shuffles. Raising the level additionally costs money.
The limit of people in a Guild is limited and is 15. 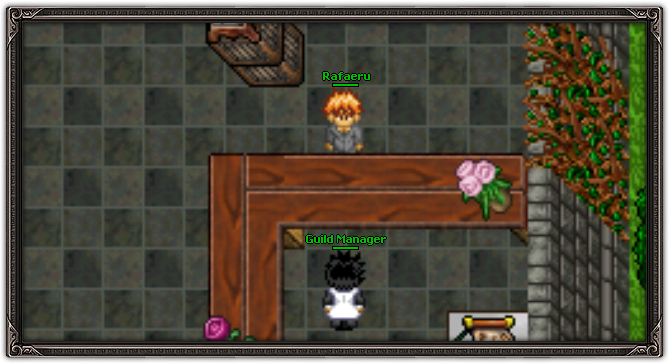 On Road to Shinigami, we can meet many NPCs who have various tasks for us. From custom ones to ones in which we will experience a story straight out of the Bleach anime.

The basic system of tasks through which we receive a task to defeat a given number of monsters. These tasks can be repeated, but the waiting time for accepting the same task is 2 hours after giving the task.
At one time we can have only one active task of this type.
In addition, there is another type of task on the server, called Daily Tasks, which can be performed once a day and are chosen randomly based on the strength of our character.
You can find the exact list of tasks here:
You do not have permission to view link please Log in or Register

Sagas are story tasks based on events from the Bleach universe. By completing them we unlock more places, monsters, and quests. They were created so that each player could perform them on their own because they are a key element of gameplay. Currently, there are 60 such missions on the server.
Useful when performing sagas can be the !saga command, which shows us an arrow in which direction we need to go.

We have prepared for you various events that occur on the server. From Friday to Sunday you have a chance to get Silver Shinigami Crate from monsters. Every day you can participate in the Blank Event, the Hollow Storm Event, and the Battle Event. Every 20 minutes a raid Boss appears on the server. In addition, there are themed events such as Halloween, Santa Claus, Valentine's Day, Fat Thursday, or Easter. 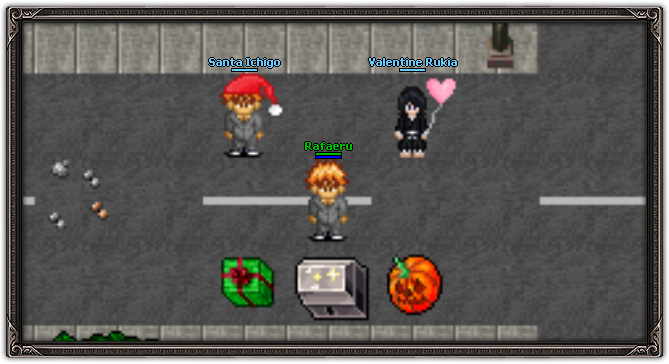 Thanks to the system of elite monsters on the server, there is a chance that after killing a monster, its elite variety will appear. Such an elite monster provides us with 10 times more experience points, and better loot, but also has more life points and its damage is higher. We can increase the chances of such monsters appearing by using a special boost or by adding in the Monster Hunter talent. 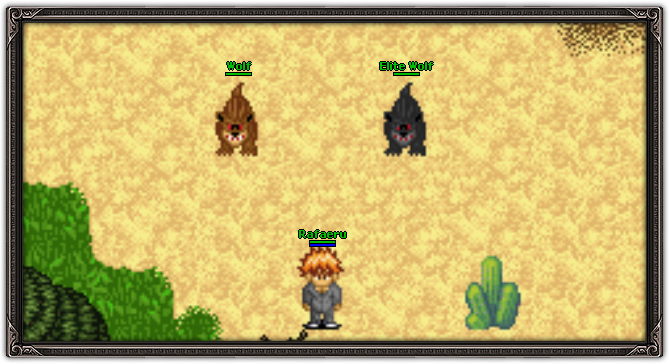 On the server, Bosses are opened using keys that have different types. Depending on the key used on the special portal, the strength of the Boss and its rewards will be greater.
Some bosses we can only open with a special legendary key. We can get keys from elite monsters, and bosses, and through crafting.
Bosses mainly give us equipment, upgrade items, or quest items.
Completed quests as well as sagas are required to unlock access to some bosses.
Bosses are challenging opponents capable of inflicting heavy damage if we are inattentive. 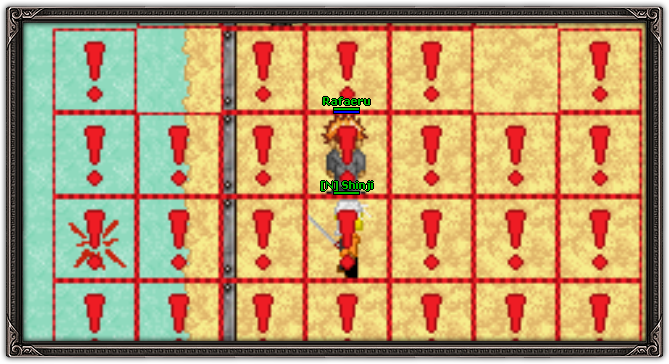 Raids is a new system that introduces special bosses to the Road to Shinigami world, which has 10 times more life and give up to 10 times more experience than elite monsters.
Before one appears the whole server will be informed 5 minutes before it spawns.
Be careful, because he has a good guard with him!
Rally bosses are distinguished by a red skull next to their name and from each one we have a guaranteed event token which we can exchange for items from the Item Shop.
The boss is drawn based on the highest level of the logged-in player, not including people training. Thanks to this solution from the first hours of the server only useful bosses will be drawn, which people will be able to kill. 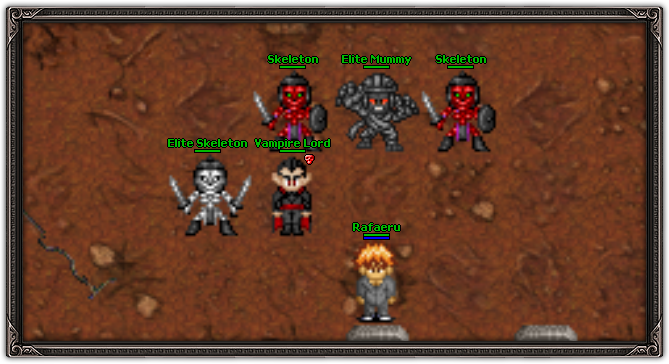 This season we want to try a new system in the Item Shop. Entire items such as Talent Rest Card, Vocation Card, Boosts, etc. remain unchanged. However, the contents of Legendary Shinigami Crate will be progressive. The items we will be able to get from it will depend on the given progression of players on the server. We will try to maintain their content so that the gameplay will not be P2W, but so that people will get real character-enhancing items from it.​
Click to expand...