You are using an out of date browser. It may not display this or other websites correctly.
You should upgrade or use an alternative browser.

Hello, today we would like to introduce you to Legends of Shinobi. It is a server referring to the adventures taking place in the world of the popular Naruto series. All our scripts and graphics are designed to show the atmosphere of this world.

On our server we have 27 playable and balanced characters, one of which is available from a demanding quest! Each character has 9 unique transformations and 8+ Jutsu!
Three main storylines that reflect the adventures of Shinobi in the popular Naruto manga, and many side stories such as Obito Gaiden (Reflection quest), Katon Gaiden, and Fuuton Gaiden.


Wanted System -a system that allows the arrest warrant to be released for a given amount of cash. 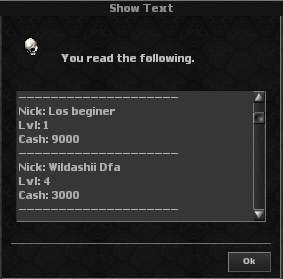 Auction System - selling and buying items without unnecessary spamming in the game.

Crafting System -this whole system has been rebuilt, crafting is now much more demanding
and you can create the best items in the game!

Pet System - each player after obtaining 150lvl and having a Premium Account can get their own
pet (one of four) absolutely free! 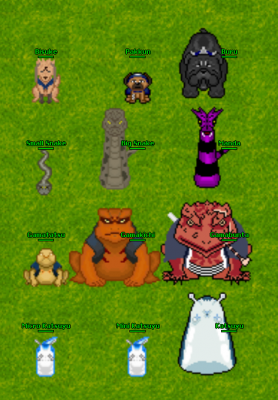 Combo system - Each profession, using the right order and timing, can activate its
own Combo, thanks to which we get various bonuses such as: 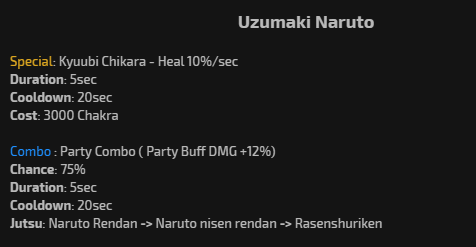 Skin System: For each character you can buy unique looks that are assigned to our character forever. 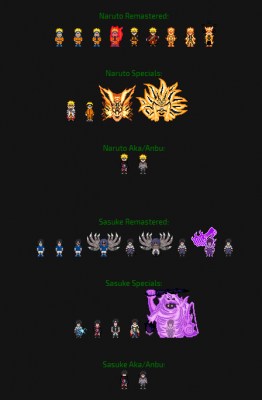 Cast System - each player can turn on the cast and other players after logging into the game without entering either acc or password can watch such player.

Boss system - if we kill the right number of specific mobs, a special opponent will appear on the respawn from which we will be able to get:
► much more exp
► rarity items (rare/legendary)
► $$$

Special Jutsu - each character has their unique abilities

Element Jutsu - after completing the appropriate saga, we have the opportunity to draw your element, which has a unique jutsu 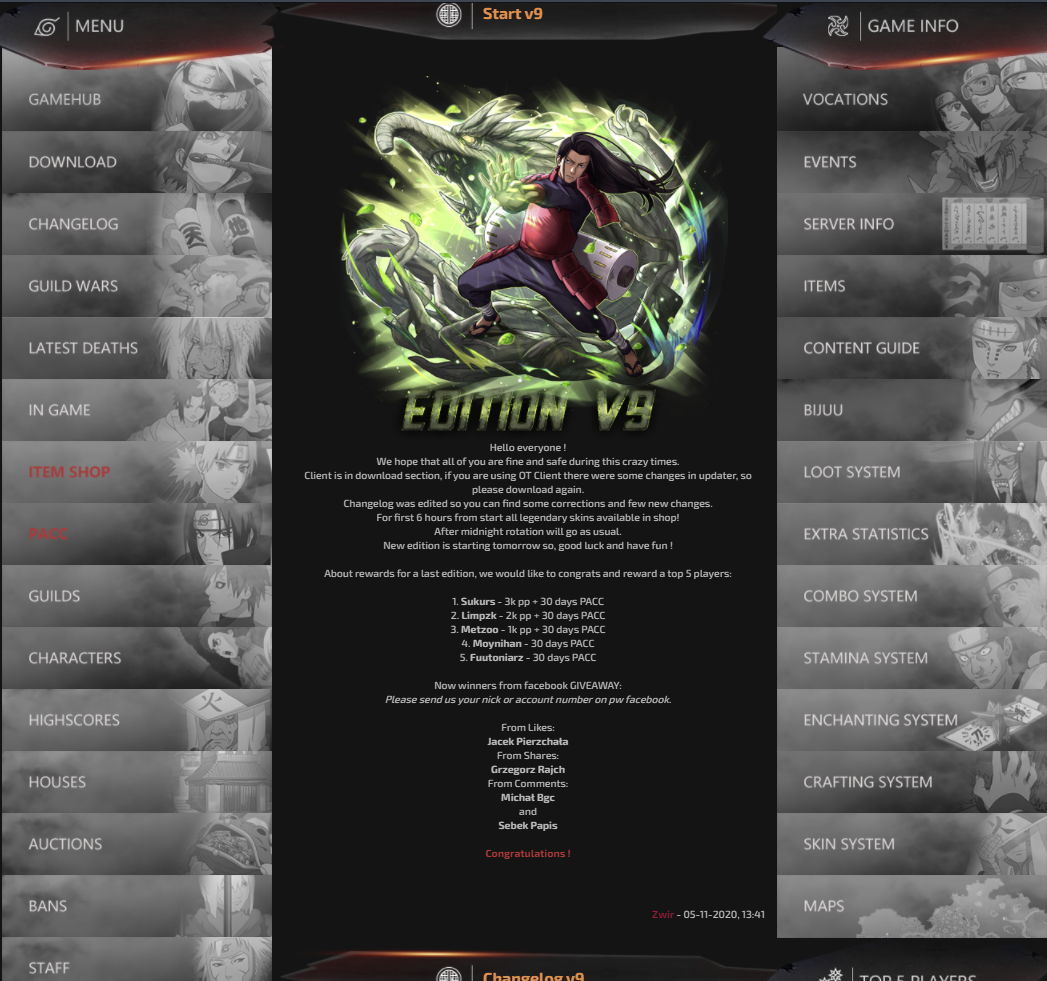 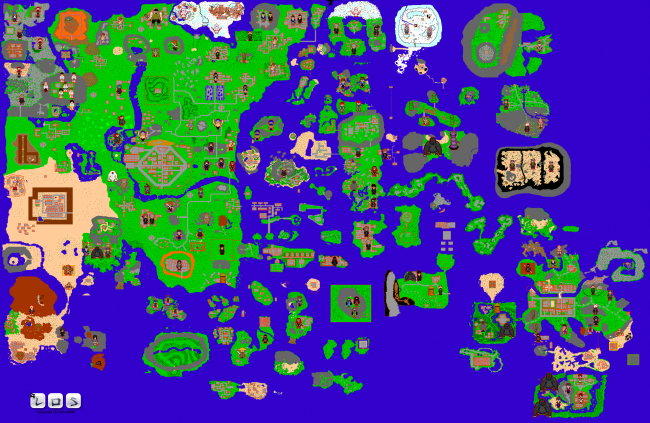